I wonder how long it will be until I forget what day I’m on.

I finally made it over to the conference hotel today. Rony Golan had arranged a tour of Tel Aviv for eight of us and it made for a lovely day.

First, I got see a bunch of conference people in the lobby. Then we hopped on a van and went for a drive. We had to earn our lunch by hiking up quite the hill. Then I compared our tour with a timeshare — where you earn something for free, but have to listen to a sales pitch to get it. In this case, we heard about a genealogy project to better identify and fill in the details of the lives of fallen soldiers of Israel.

The rest of the tour was spent in Jaffa and Tel Aviv. There were a few times that I wanted to get off the van to walk around and/or for pictures, but not badly enough to actually say so. It was hot and that first hike made me want to walk less. Instead, we did a lot of driving past things, but we did get out and walk in a few places, notably through Jaffa and Sarona.

While we were stopped for a late afternoon coffee break in Sarona, I had to deal with some conference stuff in my email. I connected to the free wifi available throughtout Tel Aviv at that time. I’m glad I read about that.

At the beach, we stopped by a monument to the illegal Jewish immigrants to British Mandate Palestine where we heard a great story from Rony about his father’s immigration. The short version is that he was immigrating illegally but ended up on the first ship of legal immigrants to the State of Israel.

We ended the tour at a restaurant on the beach of Herzliya for dinner. Some more conference business was taken care of with the lead co-chair of next year’s conference, Janette Silverman.

I wasn’t thinking about a picture for the blog for most of the day, which has to come from the cell phone camera. I leave you with the sunset in Herzliya from inside the restaurant. 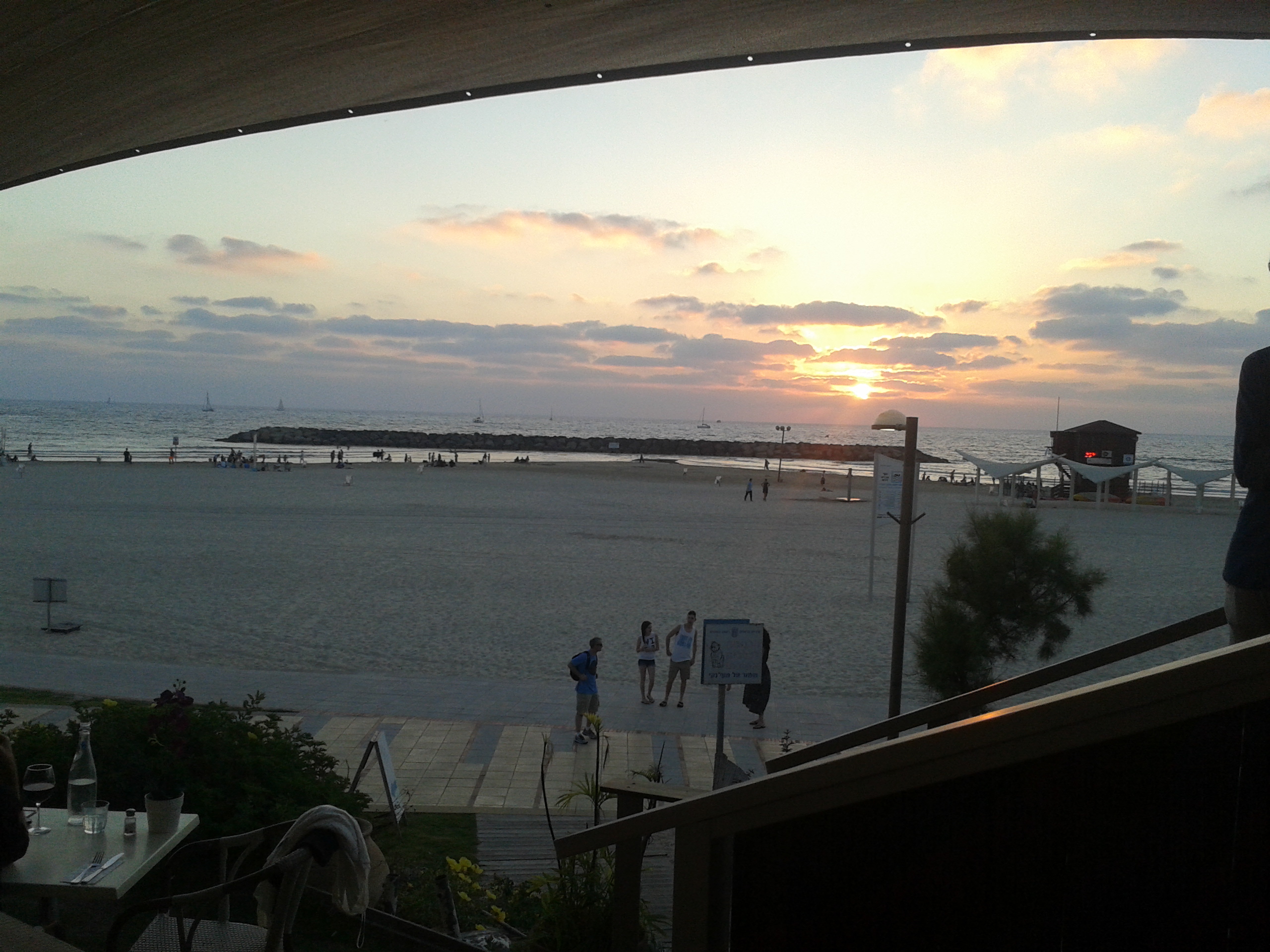