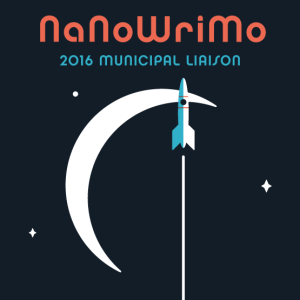 It’s that time of year again, National Novel Writing Month. We just had our Launch Party for Salt Lake County. This is my tenth year as Municipal Liaison for the region, and my fourteenth year of participation.

No, I haven’t written fourteen novels. One year, I tried to rewrite one from a previous year because I finally came up with an ending so I had somewhere to take it instead of nowhere, but besides having an ending, it wasn’t much of an improvement. And I’ve rebelled a few years and done things besides write novels. At least one year was genealogy organizing. Did I do that for two years? Maybe. And a Camp NaNo one summer too.

I had a weird dream just a week or two ago that I wrote down and might be able to turn into a story. I’ll have to think about it more. That’s the only idea I have so far, but I’ve gotten ideas from dreams before. I usually have a weird dream near the end of November and wish I’d had that idea all month. I also have a programming project I want to finish and in the next month would be best, so that may be my rebellion plan. And there’s always some genealogy stuff to get done for my own family, which has taken a backseat to clients for a while again.

I still have a few days to decide what to do, and I type fast enough that I can change my mind later. My second year of NaNo, I forgot about it and didn’t come up with anything to write until the tenth day. Yes, I still finished 50k that year. I won’t be breaking my winning streak this year either, I just don’t know yet what I’ll be doing to get there.